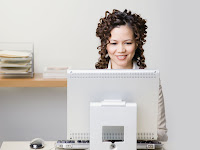 One of the newest trends I've been seeing in schools is the move toward becoming paperless or “green.”  In doing so, schools are relying on the use of the internet to communicate with parents and students.
So where does Facebook play a role in this?  Or rather, HOW should Facebook play a role?  In my research, I’ve noticed much discussion about the pros and cons of teachers “friending” students on Facebook.
There are many negatives associated with this.  According to Education Week, “Schools in New York City and Florida have disciplined teachers for Facebook activity.”  There have been reports of teachers who were fired due to inappropriate postings by the teacher and these comments were viewed by some of the students.  Many argue that this kind of behavior oversteps boundaries that should be set by teachers.  Others believe that the reason people use Facebook is to post personal information about yourself such as relationship status and interests, and sharing this knowledge with students is inappropriate. Many school boards across the nation are attempting to set guidelines between this kind of interaction in a way that does not violate teachers’ First Amendment rights.
On the opposite side of the argument, there is talk that in the Philadelphia school district, teachers are encouraged to create Facebook accounts strictly for the purpose of informing students and parents about school-related events, topics, and issues.  One could argue that in so doing, it has the potential to give teachers an avenue to monitor cyber-bullying.
There is one aspect to this topic that I’ve heard many teachers agree on.  Adding students as friends on a personal account is unacceptable, but if teachers create a professional page that is not used socially or for the purpose of sharing personal information, then it can be a great resource to facilitate communication between students and parents.
Facebook can be used as a tool for teachers and has the potential of being a valuable resource... if used in the right way.  So what is the “right” way.  Right now it looks as if each school district is adopting their own policies, if they haven’t done so already.
Does your school district have a policy in place for this issue?  I’d love to hear from other teachers about what’s going on in their schools.

Grab This Widget Posted by The Resourceful Teacher.com at 3:00 PM